New book available today on Amazon, Amazon Kindle, Barnes and Noble and other book re-sellers. Mac's Guide to Coping with Stress, Anxiety and Fear is based on my years as a Stress Management Seminar presentation to 911 Dispatchers all across the US and presents simple, easy to follow steps to reducing stress, anxiety and fear in your life. Get your copy now! 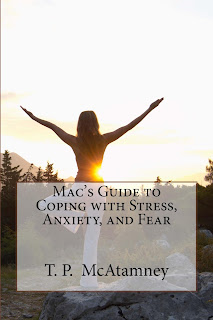 Watching for the Rebound Relationship After Abuse

One of the things I've noticed about victims of narcissistic abuse is how fast they desire to get into another relationship again. It's only human to want companionship and relationship, and the chance to "make it all right", with someone who is not a narcissist. The problem though is often victims will find themselves in yet another relationship with either a narcissist, borderline or other Cluster-B relationship and wonder if they will ever learn their lesson. But in actuality, this isn't hard to understand. Victims of abuse can suffer from many disorders themselves after the abuser is out of their life. Some of these are Post Traumatic Stress Disorder Complex Post Traumatic Stress disorder, anxiety and mood disorders, and other cognitive disorders as a result of the abuse. After I left the abuser I sought counseling to establish just how far the damage to me was and how the abuse had affected me. I discovered that I had developed anxiety disorders as well has substance abuse as I tried to cope with the abuse, as well as symptoms of Complex Post Traumatic Disorder. It was nearly a full year of therapy until I entered into another relationship with a non Cluster-B, and a victim herself of narcissistic abuse. We are approaching our 1st Anniversary and I know it was worth all the therapy I received, and the time I took to heal, that has paid off, and I'm very happy. What a difference. However, the desire for companionship after the relationship is over sometimes will have victims again attracting the wrong person, perhaps another narcissist, only to have it end up the same way as before. I want to share a couple of suggestions I wrote about in my book My Waffles are Cold - A Man's Guide to Abusive Women to illustrate how victims can avoid the pitfalls of getting into another toxic relationship. 1) Seek therapy. For a lot of people, therapy is a dirty word that carries and unnecessary stigma with it. Some victims will say, "I don't need therapy, they do!" "There is nothing wrong with me!" Again, it's extremely hard to go through trauma of any kind and not have it affect you in some way. I went to therapy because of my background in counseling and I knew it's hard to diagnose yourself, one because of our natural urge of denial, where to appear strong, we'll say "No, I'm fine!" I used to say that and one day a mentor told me, "You know what, tell that to your face", because he could I was anything but "Fine". There is nothing to be ashamed of in asking a professional to help you weed through the awful experience of being involved with a Cluster-B. 2) Take your time. During the relationship with the abuser, it was all about them and what they wanted. They stole your soul, your personality and it will take a while to recover you. Even more, you don't want that old you, thus number 1. You want that you that has become wiser and has learned never to let someone use you again. On that point, you will have some baggage from the abuse. One of the big mistakes I made was to let the grief of my wife of 30 years dying, to thrust me into the clutches of a narcissist that used that vulnerability to get all she could from me. You will be hurt, you don't want to bring that into a fresh relationship. Work on you, and you won't regret it. Again as I've said, there is no hurry. The year I spent on me before discovering love again made this love much more honest and real. I'm still working, but the thoughts of the narcissist are not foremost in my mind anymore, and except when I write or blog about the experience, hardly there at all. Love can happen again, if you take the time to take care of you.
at January 08, 2017 No comments:

My Waffles are Cold - A Man's Guide to Abusive Women Now Available on Amazon!

My Waffles are Cold - A Man's Guide to Abusive Women, is now available on Amazon Kindle. This book takes you through my experience with a female narcissist and how I got out and recovered. Also covered are other Cluster-B personalities such as Borderline and Anti-Social. Get your copy today! 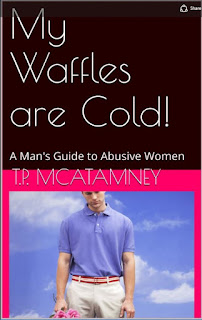 Fishing for a Hoover? 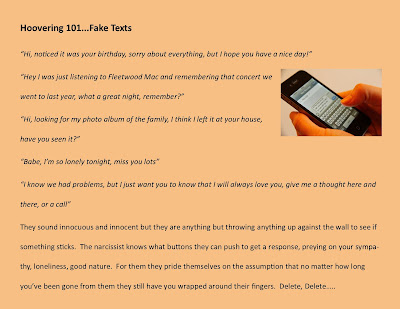 Signs of a Narcissist Female

Welcome to the Blog for the Book, "My Waffles are Cold - A Man's Guide to Narcissistic Abuse

By way of introduction I am T.P. McAtamney, author of Stress and the Dispatcher Surviving the Console.  I'm currently writing a book about my experience with a female narcissist in a relationship that lasted about two years.

There is a Facebook page as well where there will be daily updates on subjects related to narcissistic abuse. This blog will provide even more in-depth articles, as members who join are encouraged to post their experience, strength and hope. Join us on the journey, together we heal.
at December 12, 2015 2 comments:

T.P. McAtamney is the author of My Waffles are Cold - A Man's Guide to Abusive Women and Stress and the 911 Dispatcher - Surviving the console, as well as a speaker who has spoken nationwide to 911 Dispatchers, Police Officers, and other emergency personnel.